What Is A Primary Source? 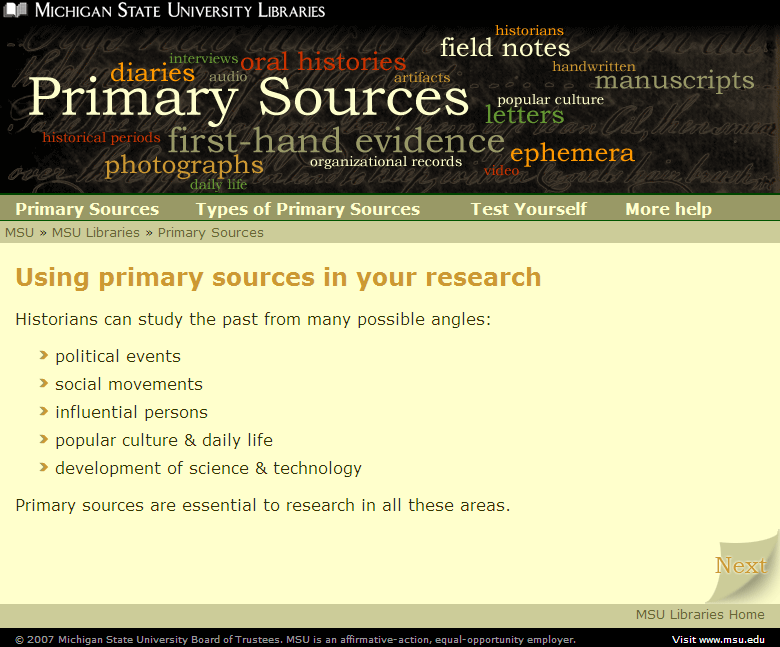 An online tutorial about different types of primary sources