Social Explorer provides census data from 1790 to the present. No password is necessary, except for off-campus use you'll be prompted for your MSU NetID and password. 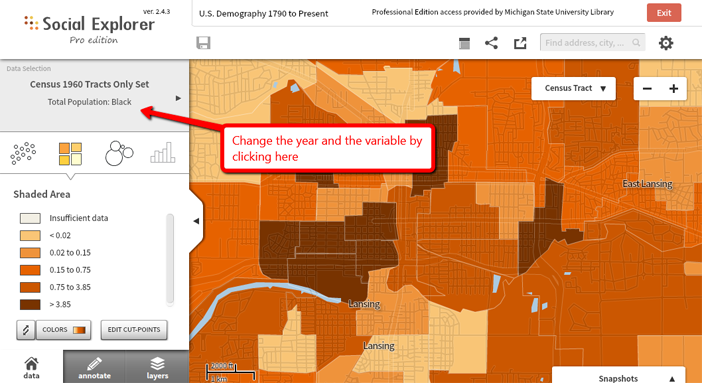 The map function will allow you to see certain census variables along with the Census Tract Numbers.  One main difference between Social Explorer and American Factfinder is that American Factfinder only provides detailed data for 2000 and newer.  Social Explorer provides historical data, but does not provide the full depth of census data.  It also does not show the city boundaries. 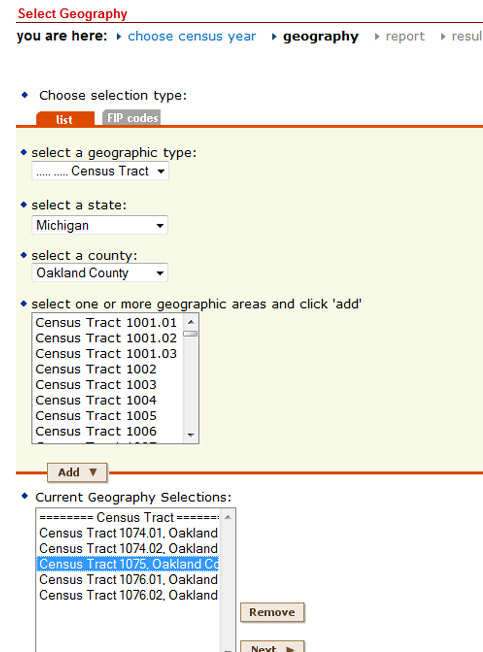 Once you know which Tract Numbers you need, you can go to the "Reports" tab and specify your tracts and which data you want to see. 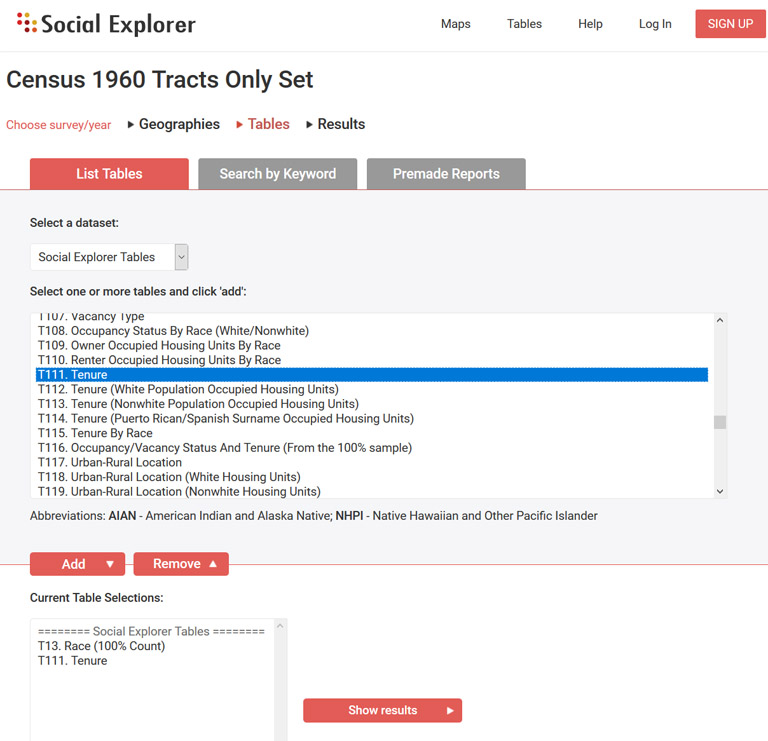 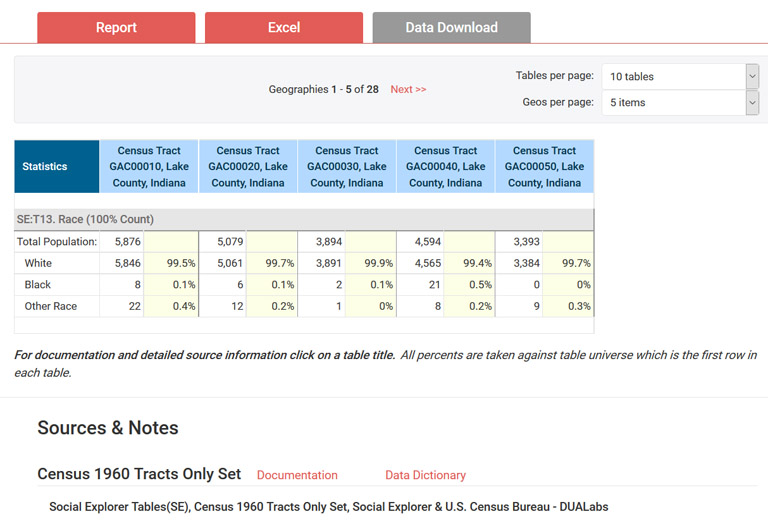 The table may be downloaded in Excel format. 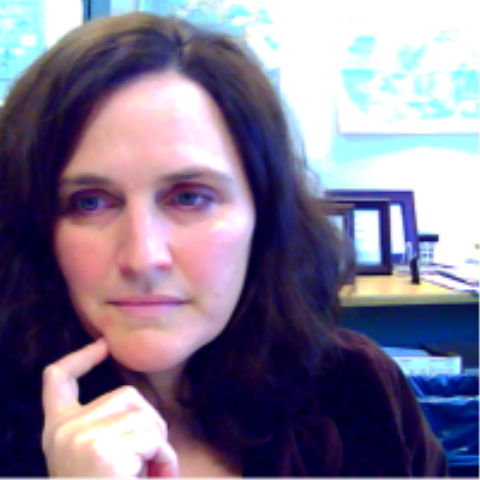