American women struggled for over one hundred years to win the right to vote. Suffragists during the Revolutionary War made a stand individually. Or they worked through egalitarian Quaker and Universalist institutions. Later rural suffrage supporters worked through the Grange. We can study the movement's progression through activities of suffragists within these institutions. Histories of women's clubs and national suffrage organizations are enormously informative.

Since the fight for women's suffrage was lengthy and geographically expansive, a wealth of biographical and historical publications are available to libraries. These include biographies of diverse suffragists. Explore biographies, and then research intersecting progressive movements of the era. For instance, if researching the first generation suffragists, you may also want to explore abolitionism, which was a sister cause. Another cause supported by suffragists of all eras was prohibition.

Compare and contrast the changing attitudes of early suffragists (perhaps from the 1850s) to those coming of age in the early 1900s. The former focused on networking, forming institutions such as women’s clubs through which they might achieve the vote.  Attempting to work within the system, they respectfully sought to persuade those in power. In contrast, the suffragists of 1910 adopted more radical tactics. Their persuasive arsenal included subversive cookbooks, protests which might lead to arrests, and even confrontations with the American president.

You can search by KEYWORD for a topic, such as "women suffrage", or you can use an LC SUBJECT search (Library of Congress terminology) by typing in correct subject headings. The following are sample LC SUBJECT searches:

Find Suffrage Resources in the Murray and Hong Special Collections

The Murray and Hong Special Collections have Suffrage materials aligning with our collection strengths, which include cookbooks, and political ephemera. 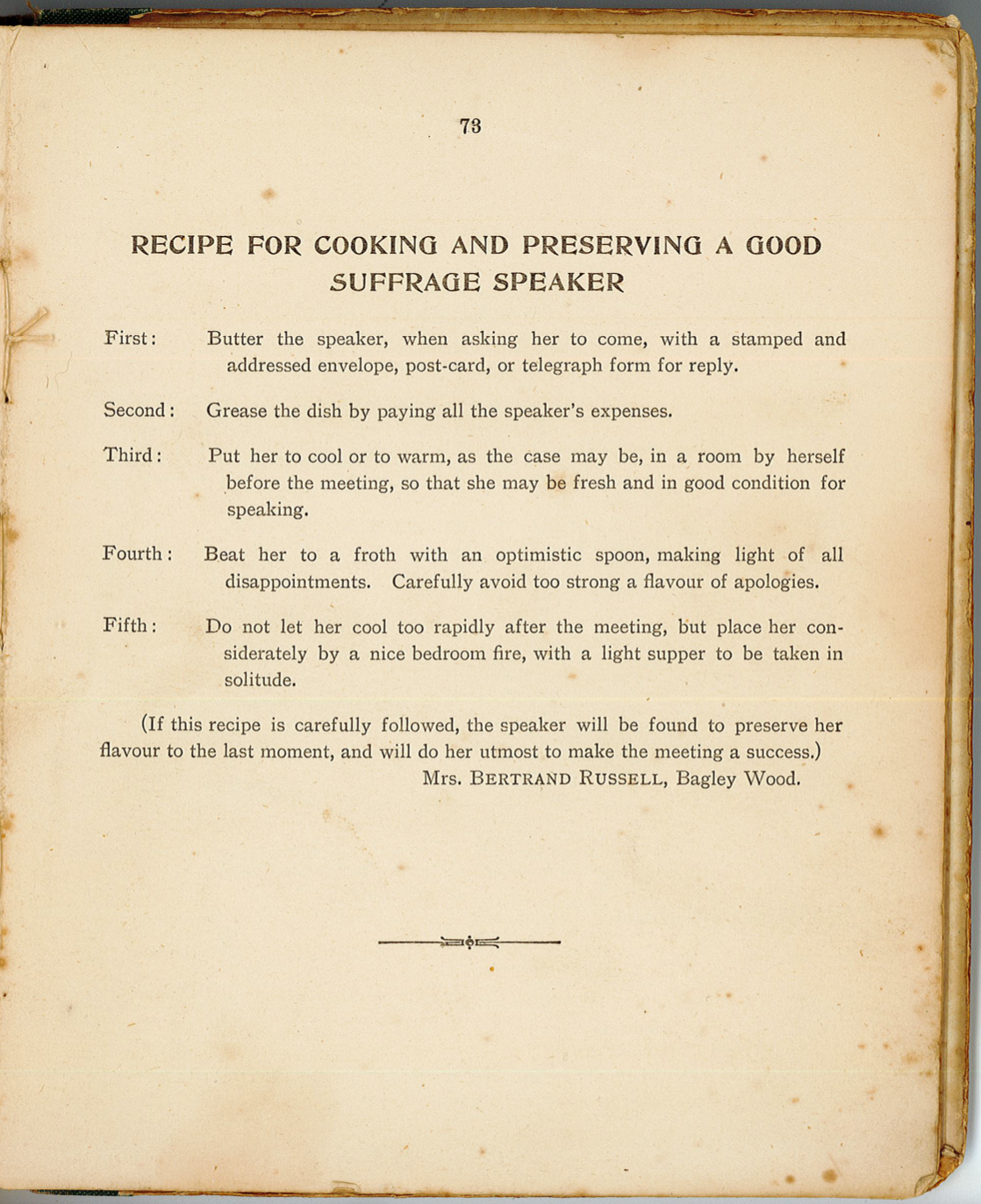 "Recipe for Cooking and Preserving a Good Suffrage Speaker" from The Suffrage Cook Book compiled by L. O. Kleber, 1915

Shall Not Be Denied: Women Fight for the Vote online exhibit, Library of Congress

19th Amendment: A Timeline of the Fight for all Women's Right to Vote, History Channel