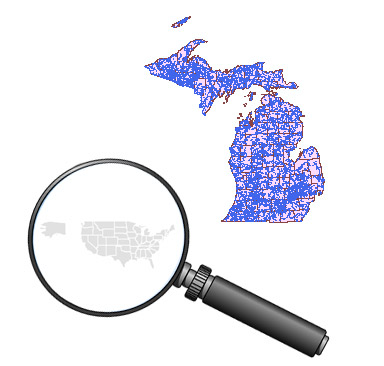 The Problem:  Two layers won't align to each other.  Usually one layer is also at the wrong scale.  In this picture, the United States layer is the size of a pinpoint and misaligned from the Michigan layer.  If you wave your mouse over the layers, you see latitude/longitude coordinates over the Michigan layer, and meters being treated as latitude/longitude coordinates over the United States layer.

GIS software will try to automatically align shapefiles with differing projections.  This is handy, but it can also lead to problems with analysis.

Note: This is less likely to happen with shapefiles that come with .prj files. 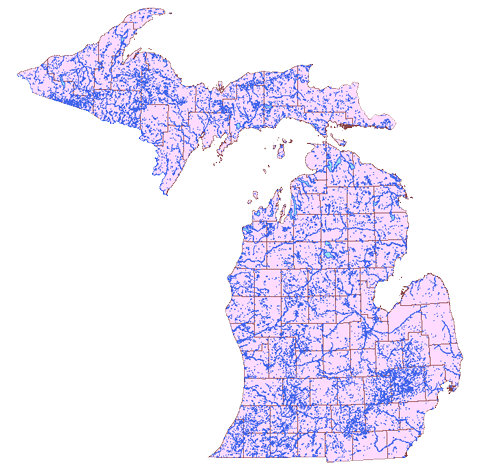 The Problem: Your water layer has every little stream and lake, which clutters your map and distracts from your message.

Possible Solution: Perform a query in the attribute table for something that only the major water features have, such as a certain style hydrologic unit code or possibly having the word "river" in their name.  Make a new shapefile from your query results.

Possible Solution: Instead of removing the minor rivers, make them invisible in the color chooser. 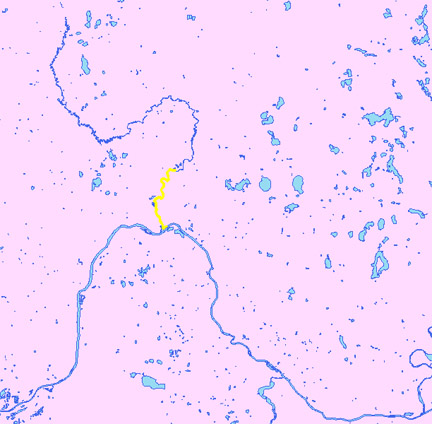 The Problem: When you try to select major streams to extract, you learn that each one is broken into innumerable little river segments that all need to be selected individually.

Possible Solution: Perform a union, consolidating all river segments into fewer pieces by their common name; make a new shapefile from the results. 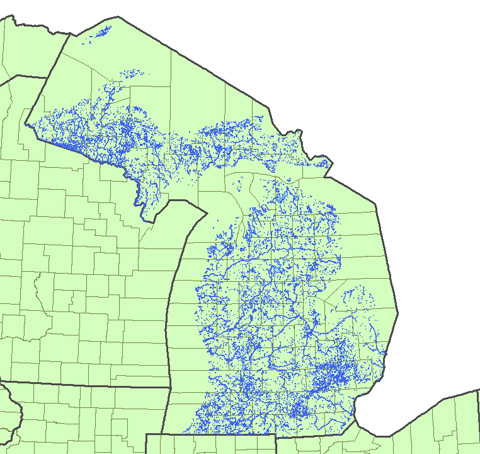 Possible Solution: Acquire a shapefile that depicts land area only.

Possible Solution: Acquire a shapefile of the Great Lakes and lay it on top of the political boundaries.

Possible Solution: Perform a Clip or Select by Location (sometimes known as "cookie cutter") using another shapefile that is the correct shape.