This guide contains basic how-to information that can be used to capture and stream content live on the web through services such as Twitch and YouTube.

Getting Started with Streaming

I am by no means the authority when it comes to live streaming, but I've learned a few things I hope you'll find useful. Please email me if you have comments, questions or suggestions!

For now, click this link to view my Google Slides for the "Live Stream Basics" workshop presented in the Beaumont West lab on 1/22/2019. More content will follow, so check back in a few weeks!

I will post additional, specific guides—such as the one below about streaming via phone to Twitter—as time allows. Meanwhile, if you're wondering about anything in particular, please let me know so that I can address it directly. Thanks!

Live streaming directly from a mobile device to Twitter is easy! The Twitter app for Android/iOS allows streaming directly to your Twitter feed, using your phone's built-in, rear-facing camera. However, the instructions include clicking/tapping some unlabeled icons, so I thought I would share pictorial instructions. If you have a Twitter account and a few minutes, you should be able to follow these instructions (as of 10 April, 2019, captured using an Android device). 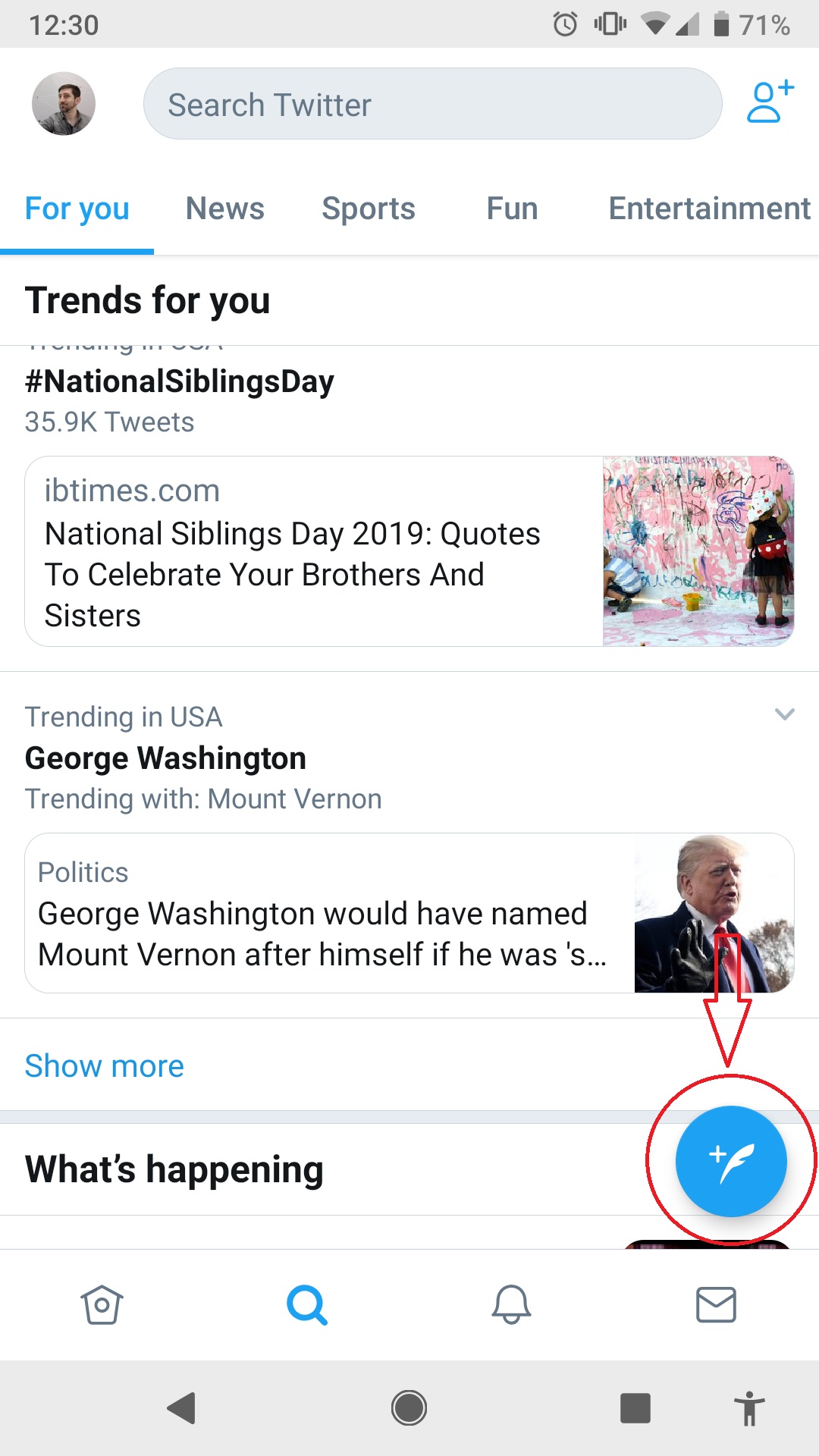 Step 2: Tap the icon to add an image. 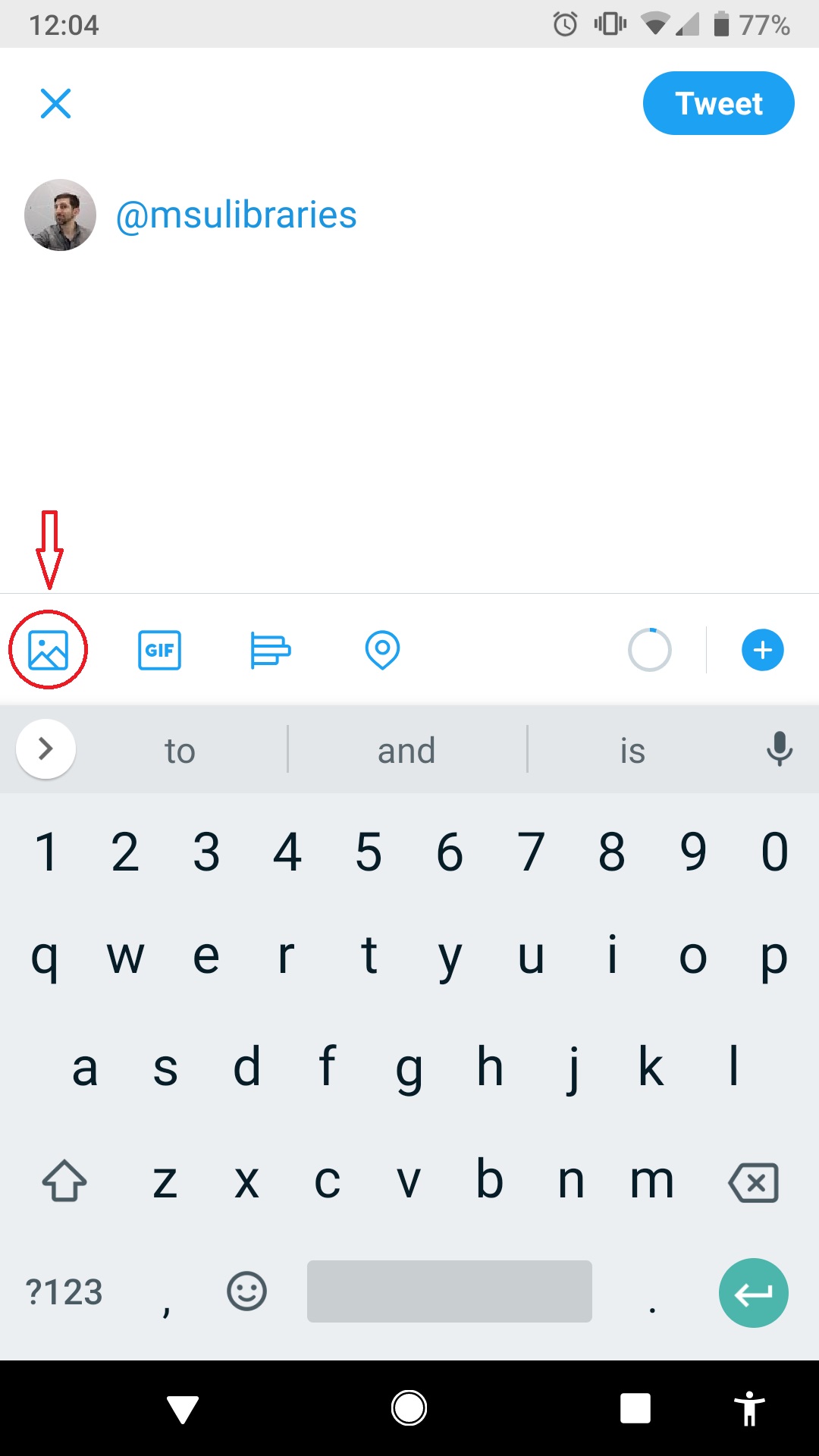 Step 3: Tap the camera icon (rather than choosing a saved image) 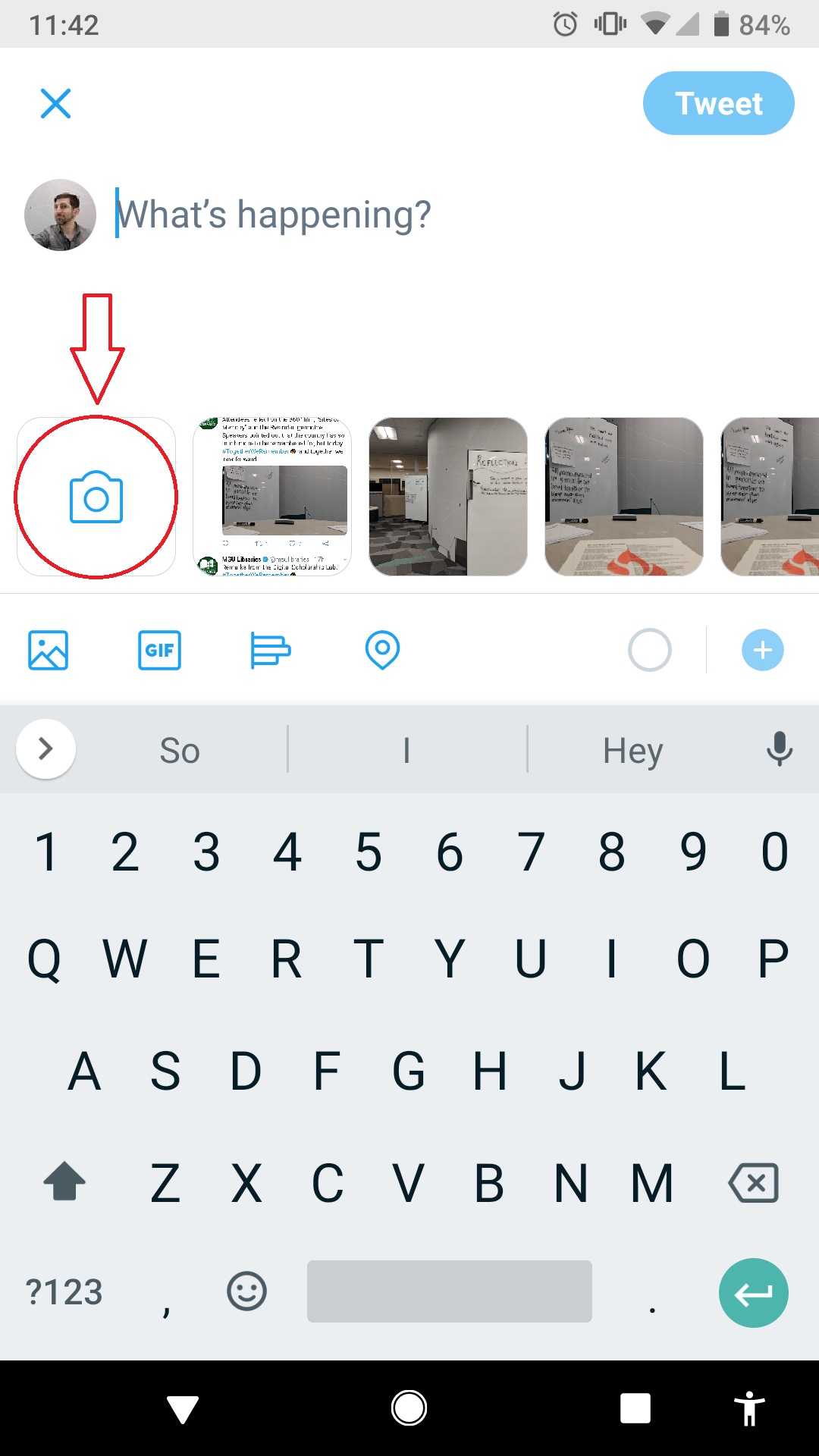 Step 4: Again, tap the camera icon (rather than selecting a photo). Note: You may need to enable Twitter app access to storage, microphone, and/or camera to proceed. 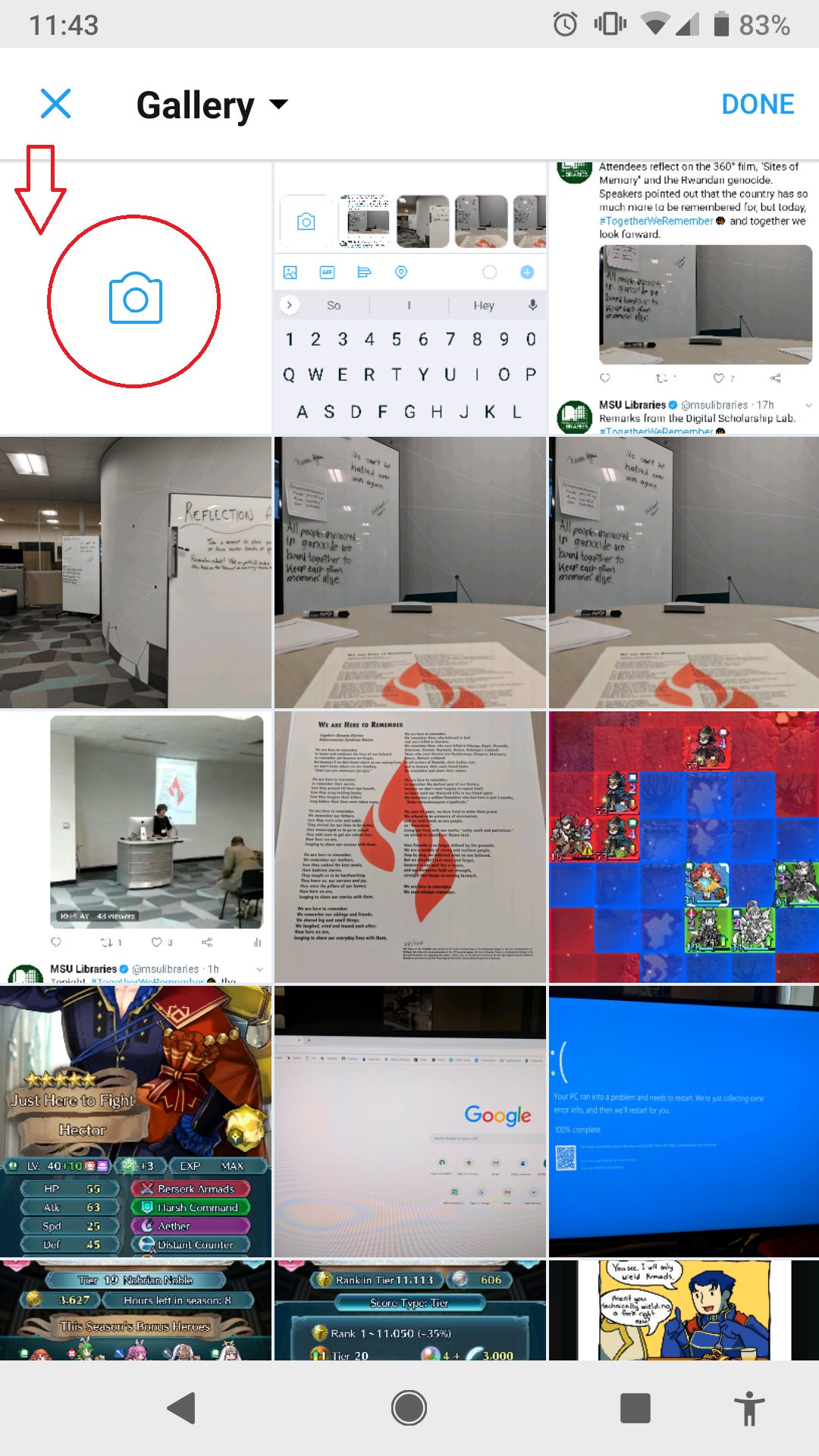 Step 5: Click "Live" (recording is fine if you want to shoot video to post later. This guide is for live streaming, so that's not what you want in this case.) 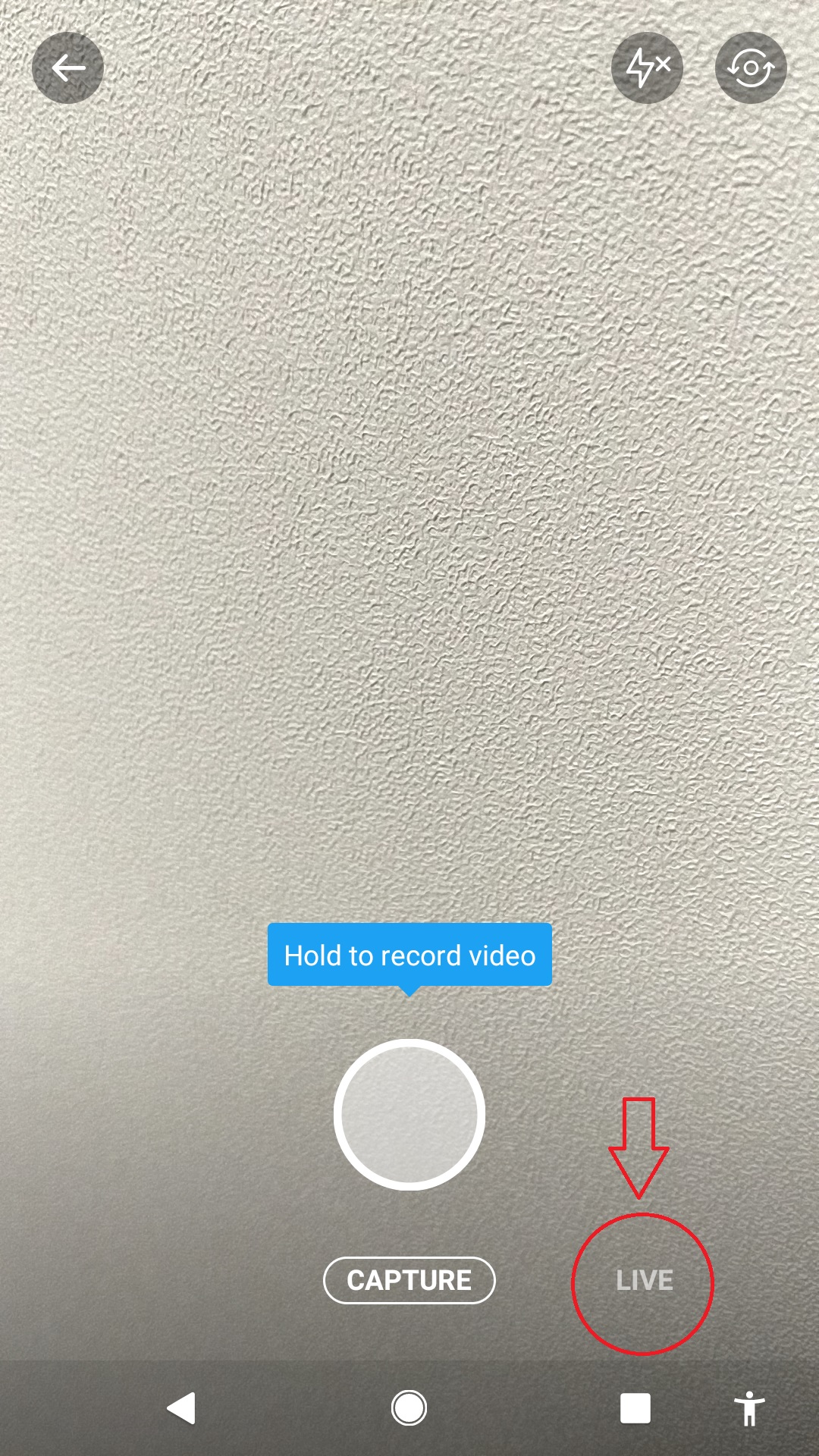 Step 6: Add a title and/or descriptive text to give viewers some context (if desired), and click, "Go LIVE." You will probably want to frame something more interesting than a wall (like this one) before you go live! 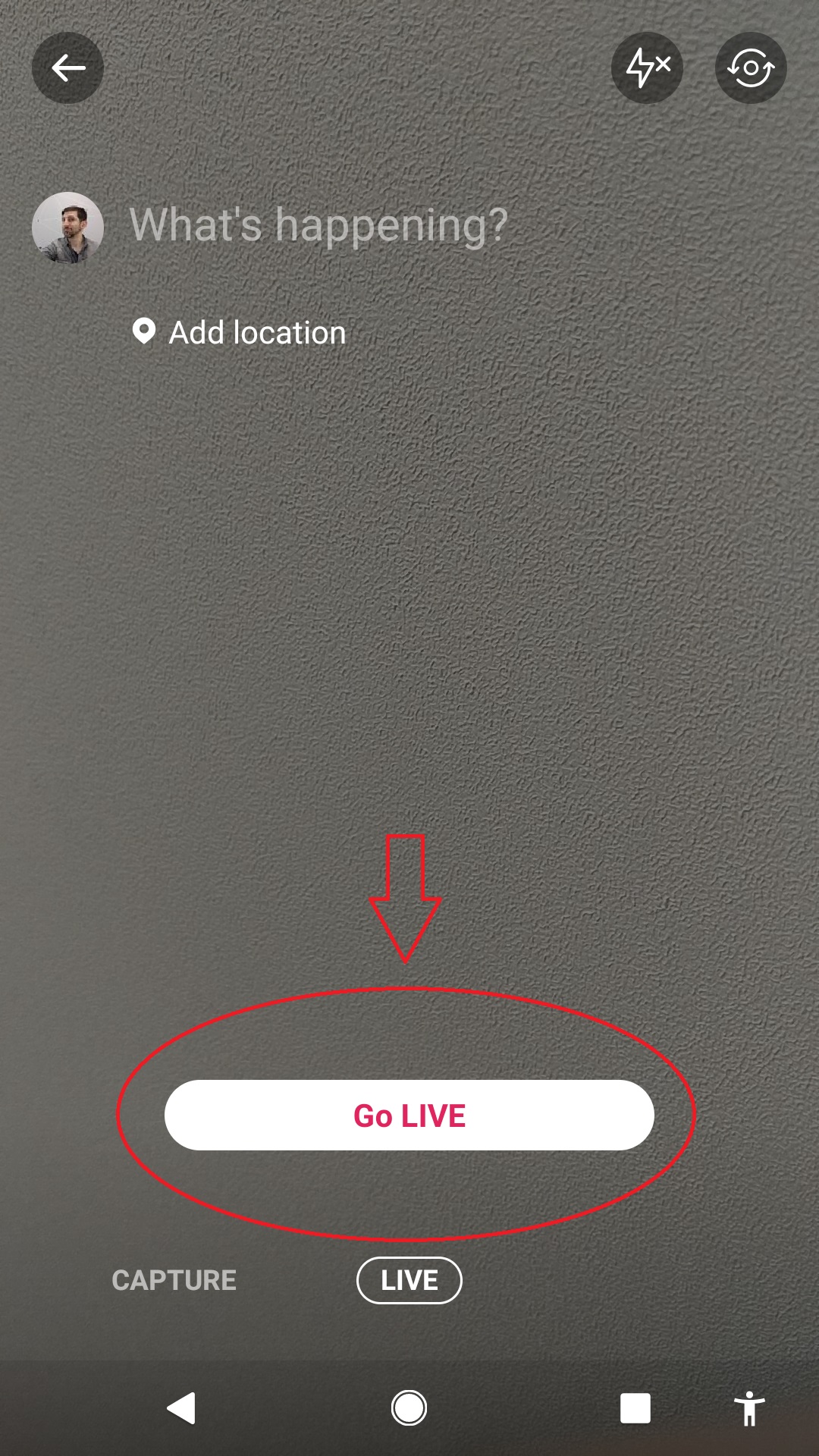 That's it! Your camera will immediately begin to broadcast what it sees to Twitter, so you will want to have your shot lined up before you hit, "Go LIVE." The broadcast will continue until you stop it, using on-screen controls, or until your battery dies, you close the app, etc.. 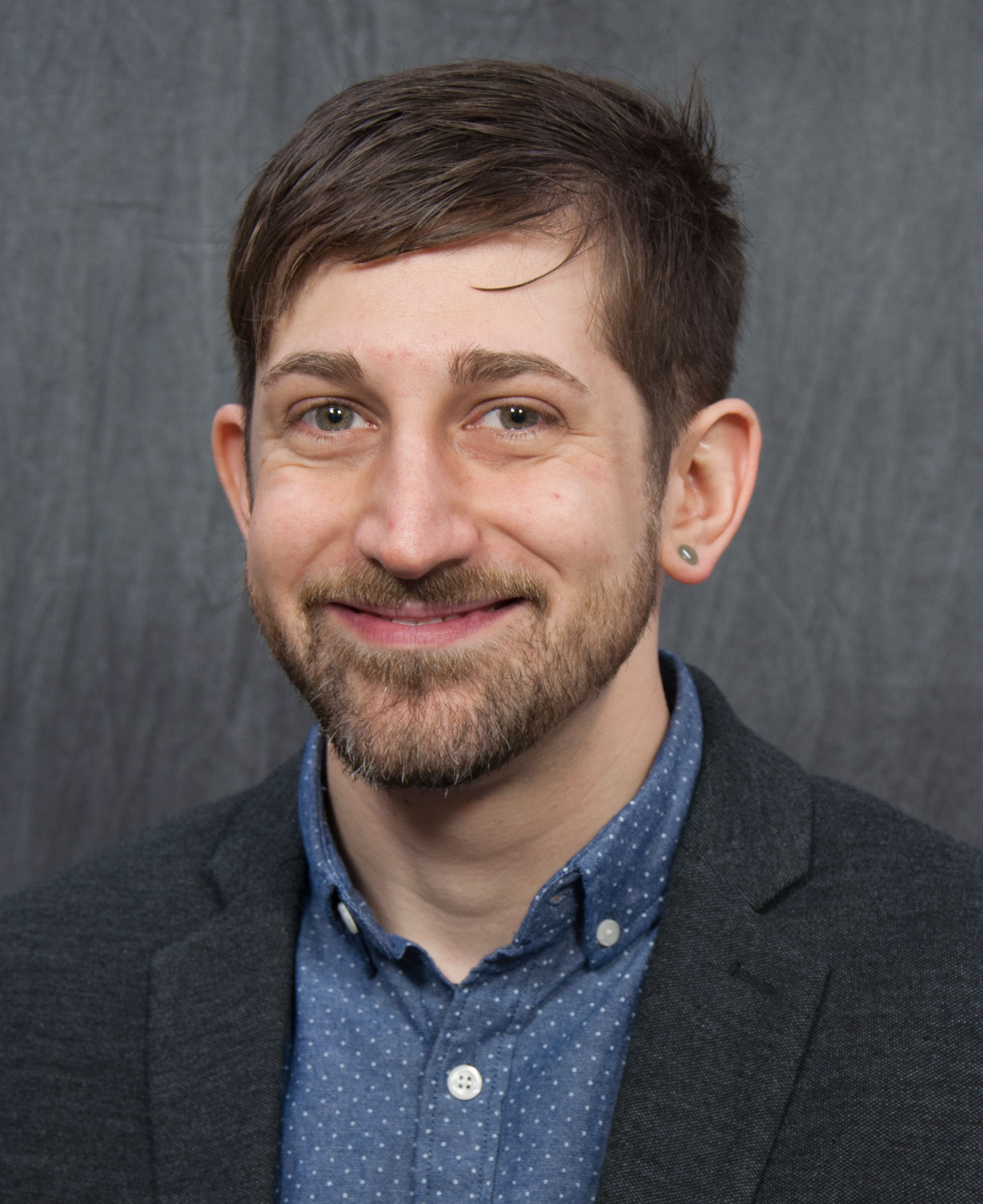