Census statistics are a rich source of U.S. economic, social and demographic statistics, particularly for small areas and local communities.This is a basic guide to the major U.S censuses.

Census Atlas of the United States

Also available in print in the MSU Census Alcove and Map Library. 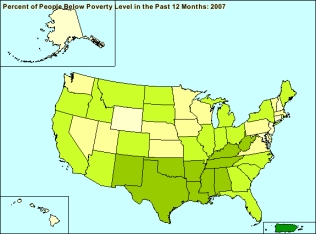 Thematic maps show geographic patterns in statistical data, such as population or median income, displayed as color-coded areas on a map. For boundary maps see the Boundary Files and Maps page.