A to Z of American Indian Women 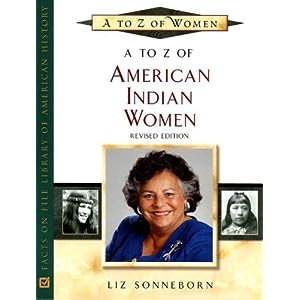 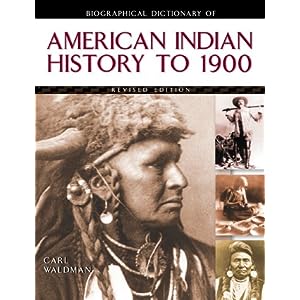 Top Ten Greatest Indian Chiefs : The California Indian Education website's "Top Ten" Indian chiefs is not so much about listing the top 10 chiefs of all time (which will forever be debatable), but our Indian guide is about beginning a study resource to familiarize students with some of the most important and influential Native American leaders of the recorded history.

Five Famous Native American and First Nations Actors.  Once upon a time, Native American actors were relegated to the sidelines in cowboys and Indians flicks and other Westerns. Over the decades, however, the roles available to them have grown. In films such as “Smoke Signals”—written, produced and directed by an all-Native American team—characters of indigenous background are given the platform to express a range of emotions rather than playing stereotypes such as stoic warriors or medicine men. Thanks to notable First Nations actors such as Adam Beach, Graham Greene, Tantoo Cardinal, Irene Bedard and Russell Means, the silver screen increasingly features complex American Indian characters.   Article by Nadra Kareem Nittle from About.com

Biography and Genealogical Master Index : An online index which helps identify which biographical tools have entries on your favorite person.  Indexes more than 2000 biographical reference sources, providing access to more than 9.2 million citations on approximately 3 million contemporary and historical figures. The database covers a wide range of current biographical sources as well as the most important retrospective sources.  Most of the tools covered can be located in the MSU Main Library Reference Biography Alcove (1 East)

Biography Index Past and Present (1946 to date) : Search biographical material from ALL WilsonWeb periodicals databases—with just this one database!  Biography Index cites biographical articles appearing in any of more than 3,000 periodicals indexed in other Wilson databases, plus select other titles. What’s more, some 2,000 current books of individual and collective biography are cited each year, as well as biographical material in otherwise non-biographical books....Besides biographies and autobiographies, you’ll find citations to interviews, obituaries, collections of letters, diaries, memoirs, juvenile literature, book reviews, bibliographies and exhibition reviews.  People covered range from antiquity to the present and represent all fields and nationalities.

A to Z of American Indian Women / Liz Sonneborn.  New York : Facts On File, 2007.   320pp.  Main Library  E98.W8 S65 2007 : From the beginnings of European colonization of North America, the significance of American Indian women has often been ignored or misrepresented. Many historians have undermined the importance and achievements of women in American Indian societies, leaving the lives and contributions of many important American Indian women in the shadows of history. "A to Z of American Indian Women, Revised Edition" profiles 152 American Indian women who have had an impact on American Indian society and the world at large. This volume dispels popular myths and introduces the reader to numerous women whose stories have often remained untold until now. Among the profiles included are those of activists, educators, artists, musicians, physicians, politicians, lawyers, and a range of other professions and careers. Presenting stories of women from all regions of North America, as well as from a vast array of tribes, this revised volume gives these women their proper acclaim, and brings each profile up to the present. More than 60 photographs throughout the book depict the women profiled, and an updated bibliography provides listings of books and Web sites about American Indians in general, as well as specific resources about American Indian women. One subject index allows the reader to search by such activities as "essayist" and "medicine woman." Additional subject indexes organize individuals by tribes such as Inuit and Omaha, and by the era they were born. New profiles include: SuAnne Big Crow: a Lakota Sioux athlete whose short life was part of Ian Frazier's On the Rez; Sandra Lovelace Nicholas: a Maliseet activist and politician who fights for the rights of Canada's First Nations people; and, Mary G. Ross: the first known American Indian female engineer.

American Indian Biographies / edited by Harvey Markowitz, Carole Barrett.  Pasadena, Calif. : Salem Press, c2005.  623pp.  Main Library E98 .A46 2005 : The first edition of this work featured 329 biographical sketches, 297 of which had been previously published by Salem Press in either American Indians (1995); Great Lives from History. American Series (1987), ed. by F. N. Magill; or Great Lives from History. American Women Series (1995). This revised edition has grown to 391 entries, some of which were drawn from the publisher's other titles such as American Ethnic Writers (2000), ed. by David Peck and Tracy Irons-Georges. The entries begin with ready-reference information such as birth and death dates, alternate personal names, and tribal affiliation. The signed entries that follow may include bibliographical data for more in-depth research. Appendixes offer maps and a chronology.

Biographical Dictionary of American Indian History to 1900 / Carl Waldman.  New York : Facts on File, c2001.  Rev. ed, 506pp.  Main Library E89 .W35 2001 : Includes a very detailed, 26-page index, only made more impressive by the five specialized indexes that follow. The book is arranged alphabetically by personal names. Entries give, where known, the meaning of the name, birth and death dates, and occupation or activities for which the subjects were known (tribal leader, medicine woman, war chief, guide); entry length varies from a few paragraphs to more than a page. Coverage is extended to non-Indians who had dealings with Indians--artists, writers, army officers, missionaries, educators, historians, Indian agents, etc., indexed in "Non-Indian Entries by Area of Activity." The extremely useful "American Indian Entries by Tribe" allows students to answer questions like, "Who were some famous Blackfeet?" and "American Indian Entries by Area of Activity" questions like, "Who were some Indian scouts and guides?" "Entries by Topic" has headings for exploration, mining and gold rushes, trade language studies, modern medicine, and names of specific battles and wars. "Entries by Historical Period" lists, e.g., early contact (1000-1599), colonization (1600-88), French and Indian Wars (1689-1763). In short, the organization of this work is very handy.

Distinguished Native American Spiritual Practitioners and Healers / Troy R. Johnson. Westport, Conn. : Oryx Press, 2002.  293pp.  Main Library E89 .J7 2002 : The lives and practices of 100 healers and spiritual leaders from a variety of North American Native peoples are described here. Included are both historical and contemporary figures. While some of the figures are well known, such as the Apache Goyathlay (Geronimo), others are more obscure. This book is one of the few available sources of detailed information on their lives and careers. Entries include a summary of the individual's life, a history of the person's early life, a description of the highlights of his or her career as a healer or spiritual practitioner, and recommendations for further reading. Photos of the individuals illustrate 26 of the entries. A bibliography, subject index, and two appendixes that list individuals by birth date and by Nation or group round out the volume.

The Encyclopedia of Native American Biography : six hundred life stories of important people from Powhatan to Wilma Mankiller / Bruce E. Johansen and Donald A. Grinde, Jr.  New York : Henry Holt and Co., 1997.  Reference (1 Center) E89 .J69 1997 : A collection of the life stories of more than 600 Native Americans. Many of them, like Tecumseh and Crazy Horse, are familiar; many others, from Abomazine to Honayawas to Zotom, are less well known, and their histories are uniformly fascinating. Among other things, you'll learn that Geronimo was a devoted baseball player; that a thriving Indian slave market existed in Los Angeles after the Civil War; and that Crispus Attucks was not only the first African American to die in the American Revolution but was also the first American Indian to do so, for Attucks's mother was a Massachuset. One test of a good encyclopedia is whether it bears reading from start to finish, and this passes with distinction.

Indian Biography.  Benjamin Bussy Thatcher.  Philadelphia, Bowen : 1800.  Check out the beautiful color plates in this digitized version of an 1800 publication.

Native American Women : a Biographical Dictionary / Gretchen M. Bataille, Laurie Lisa, editors.  New York : Routledge, 2001. 2nd ed., 396pp.  Main Library E98.W8 B38 2001  :  Bibliographies are found at the end of each entry, as are photographs of individuals throughout the volume. Topical appendixes provide lists of tribal affiliations, specialties, births by decades, and state or province of birth. The general index gives detailed coverage with good cross-references. The strengths of the volume are found in its readable entries, end references, and diverse coverage.

Native North American Biography / edited by Sharon Malinowski and Simon Glickman.  New York : UXL, 1996.  2 volumes.  Main Library E89 .N395 1996 : With its balanced presentation of both historical and contemporary figures, Native North American Biography offers students 112 profiles of Native North Americans from the United States and Canada, both living and deceased. These individuals are notable in fields ranging from civil rights, sports, politics, tribal leadership, literature, entertainment, religion, science and the military. A black-and-white portrait and a list of sources for further research accompanies most entries. The alphabetically arranged volumes feature cross-references and an index listing all individuals by field of endeavor.

For more possibilities search "Indians of North America -- Biography"  as a subject in the MSU Libraries online catalog.  Or browse E89-E98.